The Oder-Neisse Cycle Path connects the Liberec region in Northern Bohemia with the Baltic Sea up in the North of Germany. Among tourists travelling by bike, the route along the German-Polish border belongs to the most popular ones all over Germany. In the surveys of the ADFC (the German Cycling Association) listing the most popular routes, the most eastern cycle track always ranks among the top 10. The path between the source of the Neisse River in Nova Ves (CZ) and the Island of Usedom, a nature resort at the Baltic Sea, covers a total length of some 630 kilometres. Out of these, some 170 kilometres lead you through Saxon and Czech territories.

Starting in the German-Czech-Polish border triangle, you travel downstream passing old towns with great history, dreamy villages, romantic parks and idyllic valleys, through woods, fields and meadows. It is worthwhile planning enough time for the tour along the Neisse River, for example, you can explore the nature reserve of the Zittau Mountains across the borders. The historic towns of Görlitz and Zittau with their impressive architecture are particularly attractive highlights along the route, as well as the Fürst-Pückler-Park in Bad Muskau, a World Heritage site. This world-famous example of garden architecture is located in the Geopark Muskau Coal Crescent, a region offering a unique landscape and culture. 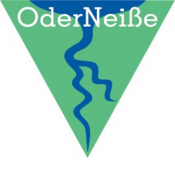 More information (in german only):

On the cycle path starting in the south

The starting point of the tour is a lovely park in Nova Ves, once called Neudorf. Here the cycle path divides, and it is possible to choose between the official mountainous route which runs far from the Neisse River and a route through the valley which runs along the river and also takes you through the cities Jablonec (Gablonz) and Liberec (Reichenberg).

During the mountainous tour, which is the official course of the cycle path, you will pass the foot of the Jeschken, the highest mountain in the so called Jeschken Mountains. The summit can be reached by bike or by cable car. During the tour through the valley, you can cycle along the wall of the reservoir in Jablonec. Liberec impresses its tourists with a lovely zoo and a botanical garden.

Grabstejn and its castle of the same name are located near Zittau. The castle was partly built in the 13th century. Until 1990 it was used as barracks and dog kennels by the Czech army. Today, lots of exhibitions take place here. It is also possible to visit the Chapel of St. Barbara, which is recently restored.

At Zittau you will pass the border to Saxoy and enter Upper Lusatia. The Zittau Mountains Nature Park (Zittauer Gebirge) is located to the southwest. A castle and monastery complex can be visited in Oybin. It is also worthwhile to visit the health resort of Jonsdorf with its forest stage and Großschönau, a town with dignified villas and a museum that reminds of the region’s textile tradition.

From Zittau to Görlitz

Visiting Zittau can be recommended. In the centre of the historical old town you will find a marketplace and town hall. Furthermore, the Johanniskirche which was designed by the architect Karl-Friedrich Schinkel, a Museum of History and Culture and Zittau's most significant treasure: the “Great Zittau Lenten veil from 1472” in the Museum Kirche zum Heiligen Kreuz (Church of The Holy Cross) can be discovered.

The region is characterised by the so called “Umgebindehäuser”. The cosy houses in a mixture of stone, half-timbering and log cabins can be found everywhere along the roadside.

Via Rosenthal you will reach the perhaps most romantic part of the cycle path: the Monastery Complex of St. Marienthal. The abbey is the oldest nunnery of the Cistercian Order in Germany to have maintained unbroken occupation of its house since its foundation.

A shop offers products which were produced here, e.g. in the bakery of the abbey. In Marienthal you will find the easternmost vineyard in Germany. That’s why they celebrate a wine festival in autumn, too. Furthermore in August there is a herbs festival and in December a Christmas market takes place every year.

The cycle path takes you to Ostritz and finally the Landeskrone, the local mountain of Görlitz. The Berzdorfer See, where swimming is possible, is located on the left. Visiting an old bucket-wheel excavator can be recommended.

Görlitz is a city of towers and its cityscape is characterised by them, especially by  the towers of St. Peter’s Church. The cycle path will take you to the old town. It's definitely worth to stop and stroll through the historic city centre. In Görlitz alone nearly 4,000 architectural monuments from 500 years of European building history can be discovered such as Kaisertrutz, Frauenturm,  Schönhof (The Beautiful Court), Neissstreet with Biblical House and Holy Sepulchre. You should take enough time to discover the beautiful city of Görlitz.

The way to Bad Muskau

The next stop should be Zentendorf. Here you can discover the “Kulturinsel Einsiedel”. Perhaps it is the most inventive leisure park in Germany. If you are travelling with children, you should definitely plan a long stopover here and spend the night in Germany's first tree house hotel. Lots of playgrounds, labyrinths, tunnels, a castle and animal enclosures characterise the leisure park.

The cycle path takes you to Rothenburg and its marketplace, where you can visit a church, which has a special picture bible. Make a little detour and visit also the park of Rothenburg before you have to follow the cycle path along the state road for five kilometres.

The Neisse River can be seen mostly during the following section, and cycling is very pleasant in this flat area. Cycle through rustic pine forests and discover the territory of the wolf. But nevertheless it is very unlikely to see a wolf because wolves are very shy and live well hidden.

In the first half of the 19th century, Fürst Hermann von Pückler created a perfect park idyll in Bad Muskau. The cycle path takes you directly to the border crossing and into the German-Polish landscape garden which covers 830 hectares and has two castles, bridges, ancient wood, a waterfall, and an orangery.

Muskau Park has been on the UNESCO World Heritage List since 2004. Bridges connect the shore of the Neisse River as well as Poland and Germany.

The border to Brandenburg is located close to Muskau Park. So you will leave Saxony and Upper Lusatia – there are 280 kilometers left on the Oder-Neisse cycle path to reach the Baltic Sea!