European Film Location of the Decade

And the winner is…

Görliwood is the “Best European Film Location of the Decade! Thanks to all who voted for Görliwood!

Görliwood is the Best European Film Location of the Decade!

It was in 2013, when Görlitz‘ unique shooting locations piqued the interest of US film director Wes Anderson. He spent nearly 40 days here, shooting his award-winning masterpiece “The Grand Budapest Hotel“ which starred Ralph Fiennes, Jude Law and Bill Murray in the leading roles. The main place of action was the Art Nouveau department store from 1913, which was elaborately transformed into the film’s eponymous hotel. “The Grand Budapest Hotel“ was the opening film for the Berlinale Film Festival in 2014. It won four Oscars®, including the one for the Best Production Design.

In the race for the Best European Film Location of the Decade, Görliwood® was nominated as the only German candidate with “The Grand Budapest Hotel“ and was able to make it as the winner in the voting against 10 other nominees – among them locations in Croatia, Spain, Austria, Poland, Greece, Norway and Italy.

The Film Commission of the Middle German Media Promotion, a member of the EuFCN film network, and the Marketing Company of the European City GörlitzZgorzelec Ltd. together with the citizens of Görlitz and all film fans are very pleased about the prize.

„Thank you Görlitz! You are a cool location - Görlitz was the best choice for us for the making of “The Grand Budapest Hotel.” 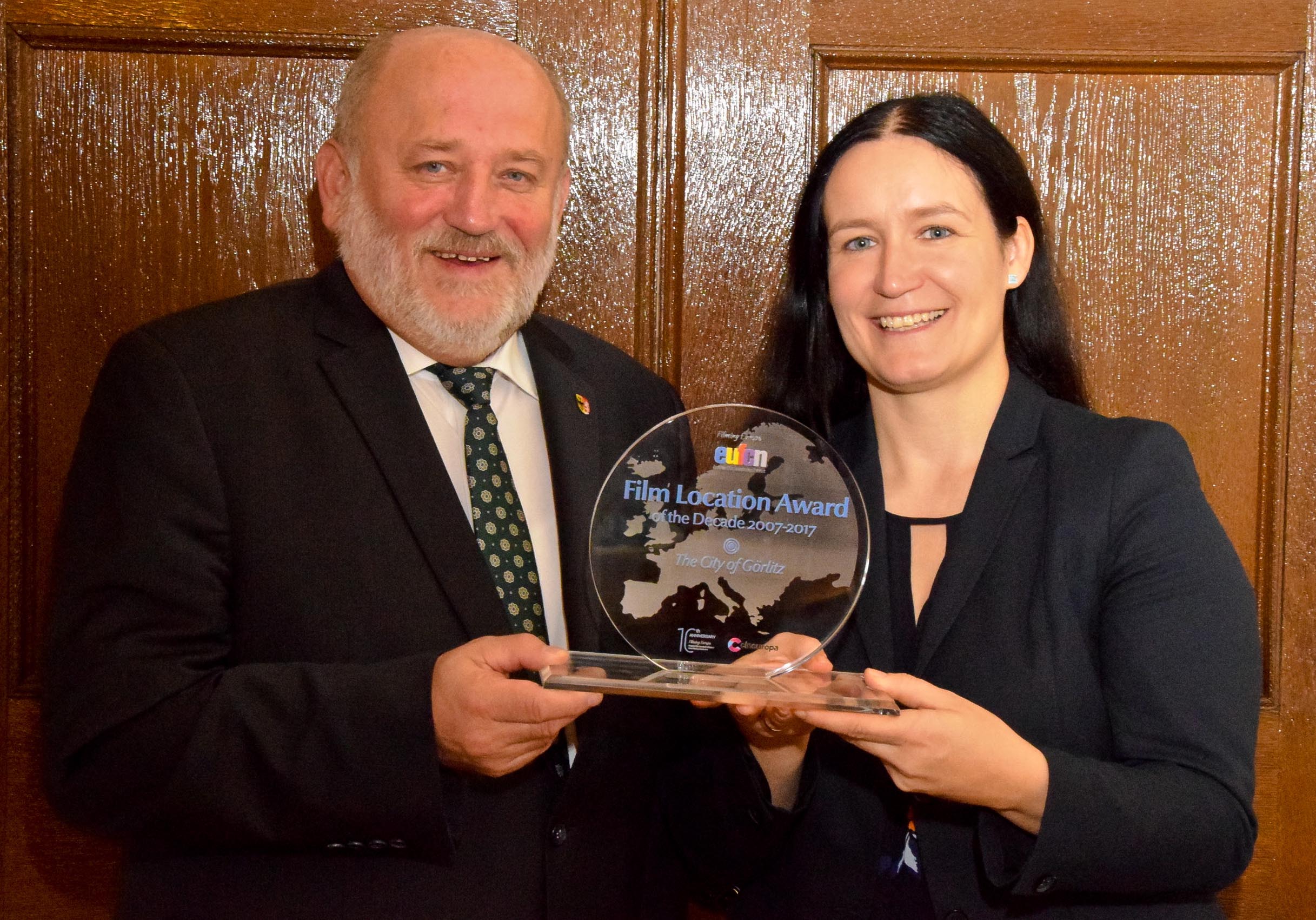 „I am very pleased and, of course, proud to receive this award. This prize is also an appreciation of the longstanding work of the citizens of Görlitz“, says Lord Mayor Siegfried Deinege.

(in the photo with Andrea Behr, General Manager of the European City GörlitzZgorzelec Ltd.) 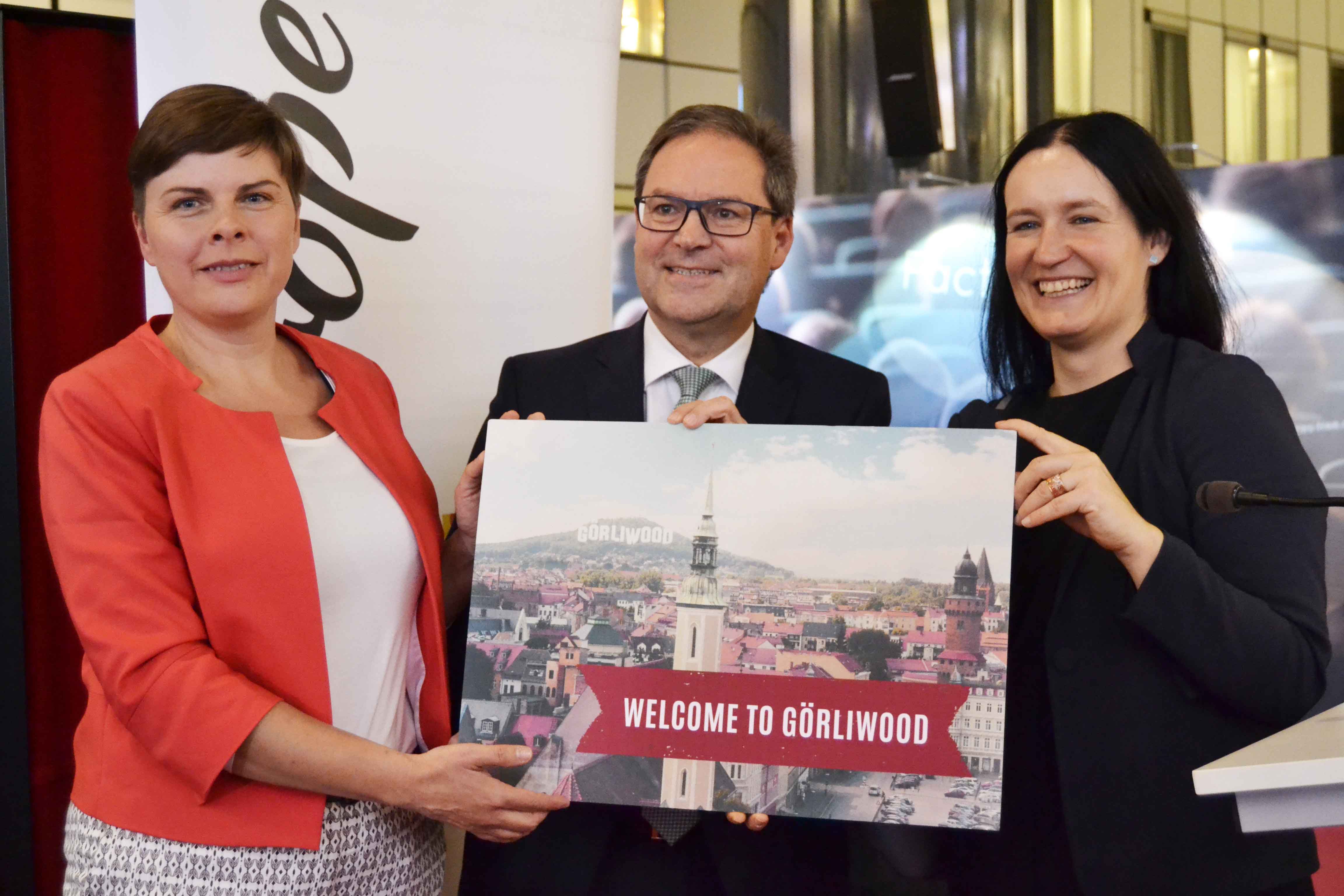 Katja Seidl, MDM Film Commission with Andrea Behr, EGZ and Hermann Winkler, Member of the European Parliament at the award ceremony in Brussels.