With the German TV production “The Tower“, a story playing in East German in the 1980s was filmed. Especially Emmerichstrasse located in the Wilhelminian quarter was the perfect setting for the film. It is always surprising, how fast and easily you can travel back to a completely different time using just a few requisites, such as rubbish bins, cars or bicycles. Main actor Jan Josef Liefers obviously liked the city on the Neisse River, as he signed the Golden Book of the city saying  “Thank you, Görliwood!“.

A two-part TV film produced for the German television ARD based on the internationally successful novel by Uwe Tellkamp. The story is about a family in the surroundings of the educated middle class in Dresden in the years between 1982 and 1989.

Family father and doctor Richard Hoffmann is blackmailed by the state security because of his affair with a secretary, who he has got a child with. When his son has to join the army, tensions start to arise within the family. 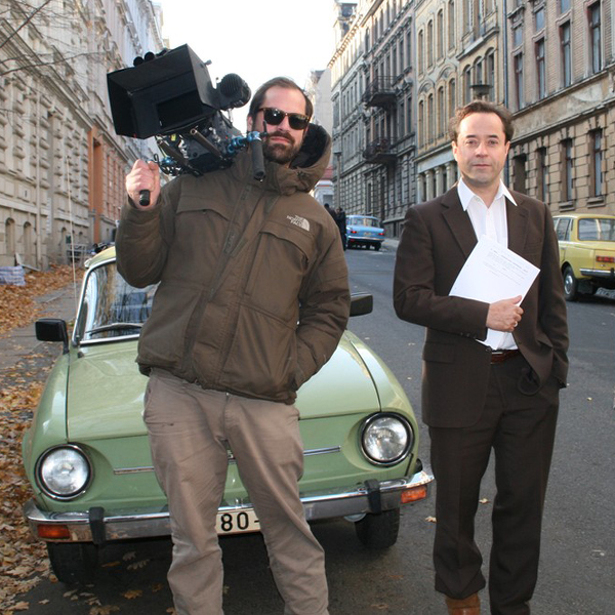