A very special premiere took place in Görlitz in 2009: in that year, the well-known German film director Detlev Buck produced the first fictional dramatic film in a three-dimensional version. The film “Measuring the World“ is based on a novel by Daniel Kehlmann and was mainly shot all around the Untermarkt, for example, in the inner courtyard of the town hall and particularly in the building “Brauner Hirsch”. In the inner rooms of this huge house, even several sets were filmed. Numerous extras were involved here as well, although this entailed making “sacrifices”. For one scene with school boys, for instance, those had to have their heads shaved completely.

Another, not quite unimportant requisite for this film came from the region: The family business Hultsch in the nearby village of Neukirch produced 20 wooden clogs on behalf of director Detlev Buck.

German-Austrian 3D-screen adaption of Kehlmann’s eponymous novel about the two geniuses Carl Friedrich Gauss and Alexander von Humboldt, who packed off to measure the world at the beginning of the 19th century. Gauss provides the mathematical know-how and Humboldt the knowledge in natural sciences. Humboldt‘s father supports the two of them, as he wants to complete his collection. Hereby, they discover many new cultures, but grievances, too, and experience strange things. 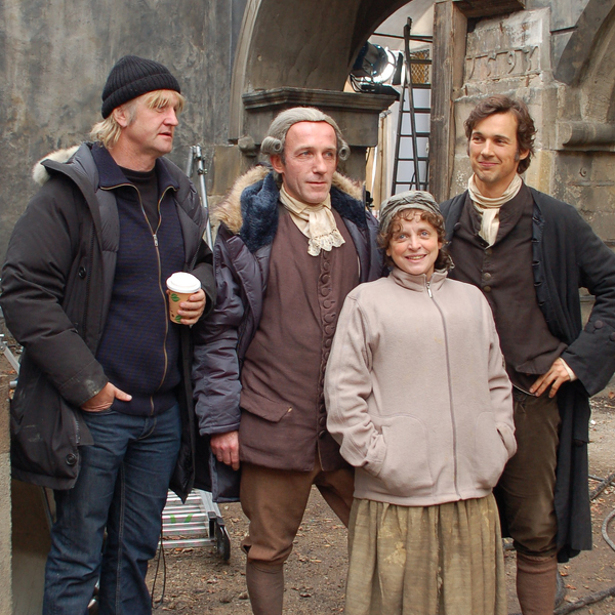