The site inspection by Quentin Tarentino caused quite a big media hype in autumn 2008. Big German newspapers reported on the cult director’s intention to film. The production itself – as usual in Görlitz – was quite calm. The Untermarkt turned into a market place, where lots of dead soldiers‘ bodies were piled up after a big massacre. The air was foggy due to the gunpowder. Nevertheless, actor Daniel Brühl enthused about the city: “I hope to come back to Görlitz soon, to this magnificent and wonderful place – I am deeply impressed with the beauty of the city and pleased about the hospitality of its inhabitants! – Thanks a lot.“

Film by Quentin Tarantino. The action takes place at the end of the Second World War. It tells the virtual story of the Inglorious Basterds. Those are a special unit of the Allies planning an assassination attempt on the most important German leaders during a cinema performance being part of the German propaganda in Paris.

Christoph Waltz was awarded the Oscar for the Best Supporting Actor for playing the role of Hans Landa. 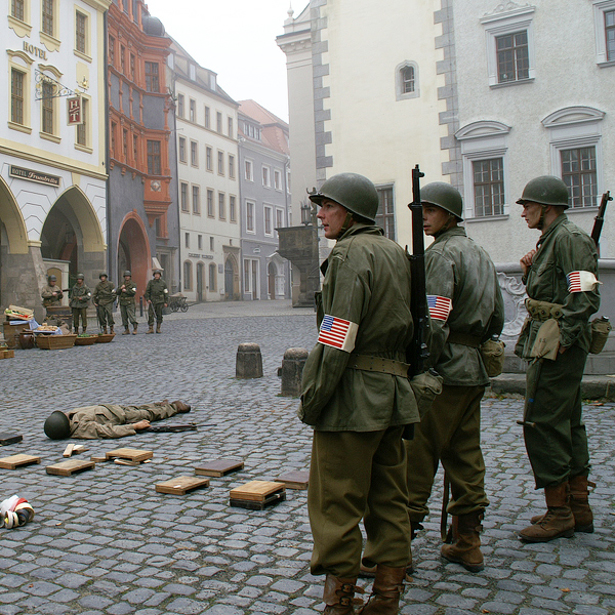