The film "The young Karl Marx" was produced mainly in Görlitz, and Görliwood turned into Paris, Brussels, London and Manchester at the same time. More than 500 extras from the region appeared in the film. Producer Drechsel was delighted to find so many fantastic faces for the film, since the casting particularly focussed on finding unique and mature faces and red haired women and men.

The huge building “Brauner Hirsch“ at the Untermarkt was the location to produce even several different sets. The inner courtyard, for example, became a gutter. In another room, a large workers assembly took place. Producer Benny Drechsel about Görlitz to the MDR: “One of the most fascinating film locations we have in Germany. We found numerous sets here, had lots of very good extras and, in addition, got the support of the whole city.“

In the centre of the film “The Young Karl Marx“ is the young revolutionary of the same name who, despite of fragile financial conditions and the permanent fear of political persecution, wants nothing less than to change the world, together with his friend and companion Friedrich Engels. 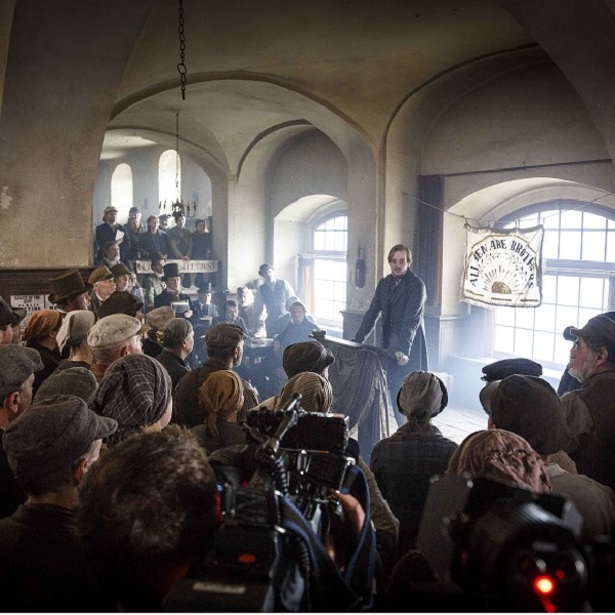