Most of the black-and-white drama was filmed between February and April 2017 in Görlitz and the surrounding region, not only in Upper Lusatia, but also on Polish territory near the border to Germany. At the Görlitz Untermarkt, the building “Brauner Hirsch“ being very popular for shootings  was transformed into “Hotel Oranien“ with historically furnished guestrooms and a restaurant. The Untermarkt itself, too, turned into a film location, together with the surrounding Old Town streets Kränzelstrasse, Neißstrasse, Handwerk and Weberstrasse. To create the perfect image of that era, the actors also filmed in the streets of the spacious Wilhelminian quarter, like Jochmannstrasse, Landeskronstrasse and Leipziger Strasse. The gunfight scenes were shot in Poland.

The film is based on true events and tells the story of private Willi Herald, who is a deserter fleeing from his persecutors just before the end of the Second World War. He finds a captain’s uniform, and in this uniform, starts to lead other straying soldiers as their captain, while testing the limits of his newly gained power heinously. 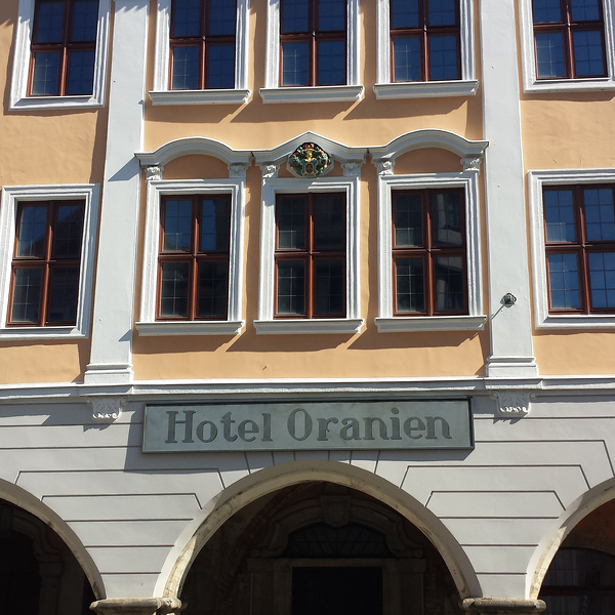