After the production of “The Reader“, Görlitz finally made a name for itself in today’s film scene. The fact of Kate Winslet winning the Oscar for the Best Leading Role, of course, promoted the city in this respect.

Film locations like the school on Fischmarkt or Bergstrasse can be recognised clearly in the film. Also the flat, where the main character Hanna lives, really exists on Jakobstrasse 5a. The tram scenes were probably the biggest challenge for the film crew, as the historical streetcars were especially brought to Görlitz only for the filming. Thanks to the still operating tram network, the actual driving scenes on Demianiplatz were less burdensome in the end.

The inhabitants of Görlitz could sneak a peak on the famous Hollywood star away of the hustle at the set, looking very relaxed: buying shoes at Postplatz.

Film version of the novel by Bernhard Schlink about the unusual relation between a fifteen-year old student and a woman being twenty years older than him. Hanna (Kate Winslet) is a tram conductor and wants Michael (David Kross) to read aloud to her. Whilst attending a trial ten years later, Michael, studying law now (Ralph Fiennes), finds out that Hanna was a jailor in a concentration camp during the war.

For her performance playing Hanna, Kate Winslet was awarded the Oscar for the Best Leading Role. 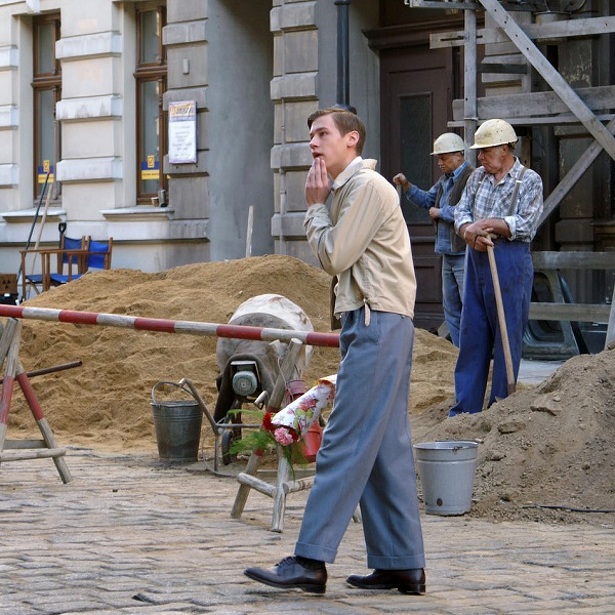