„Everything is so peaceful here“, noticed Emma Thompson being pleased with the shooting in Görlitz. She came here for the filming of the eponymous novel together with Brendan Gleeson and Daniel Brühl and, obviously, she felt very comfortable in Görlitz riding by bike to the shootings, chatting with the extras about handbags and jesting with the Lord Mayor when signing the Golden Book of the city. The wide streets of the Wilhelminian quarter, like Leipziger Strasse, were the backdrops for this film. Director Vincent Perez was amazed: “We could not have found that kind of setting in Berlin or any other big city. This town has great potential to become a true film metropolis. It is a very special place with an almost magical atmosphere, which has inspired us, and we really enjoyed filming here.“

World War drama adapted from the famous novel by Hans Fallada and based on a true event. Anna and Otto Quangel‘s son is shot during the Second World War, and they start to doubt Hitler’s regime and join the opposition against National Socialism. They hand out postcards and flyers to call up for resistance. 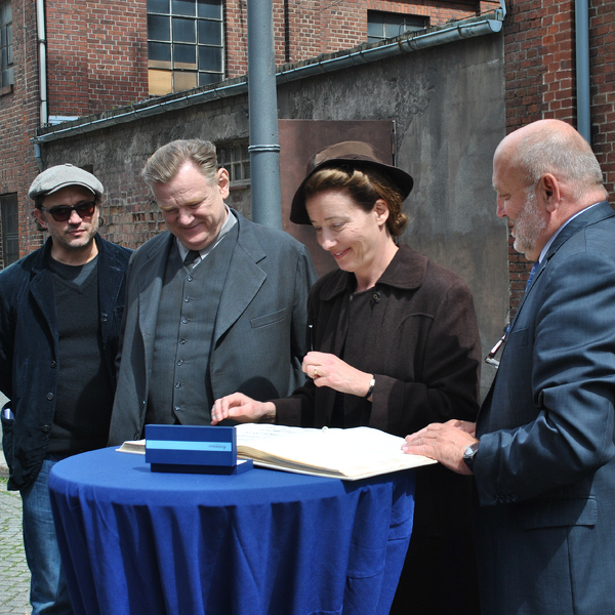