No. Unfortunately, George Clooney, director of “The Monuments Men“, was not seen during the production in Görlitz. But this did not affect the shootings on the Obermarkt. The market was emptied completely, and just a few historical army cars were driving across.

German-American feature film about a special unit for the protection of cultural heritage during the Second World War:

Towards the end of the war, a group of US-American art experts is in charge of finding the most famous paintings in the storages of the National Socialists in order to protect them from destruction. For this purpose, they have to operate like soldiers and work strategically to find the hiding places of the German army. An adventurous journey through Germany begins. 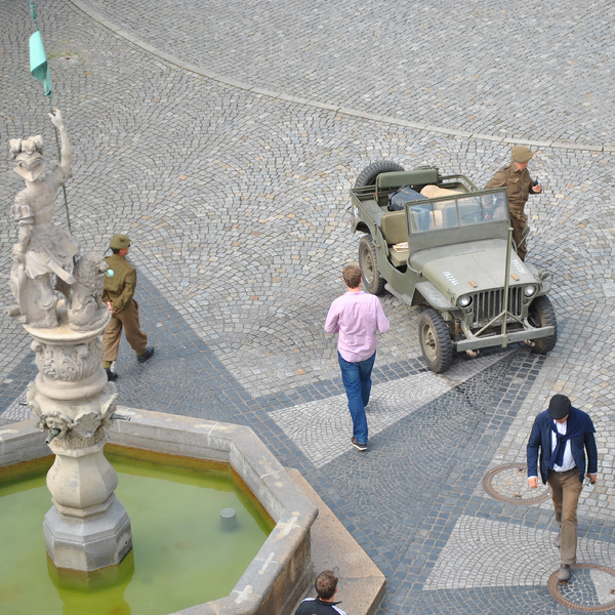