”Thank you Görlitz for being the best location ever – best possible place for us to make The Grand Budapest Hotel! Thank you.” – this is what actor Ralph Fiennes wrote in the Golden Book of the city during the shooting. And Jeff Goldblum exclaimed: “A million thanks, Görlitz. Best time ever!“ Other people of the crew, too, enthused in a similar way about the city on the Neisse River. No surprise, as they were shooting here for several months in winter 2013, producing big parts of the cult film and thus, nearly became a part of the city themselves. And the locals became a part of the film, too. Not just because of the numerous extras joining the making of. There were restaurant owners and caterers, craftsmen, fitness coaches, service providers and many others, who all contributed to the success of the film: The Lord Mayer emptied his office for the film, the Café CaRe produced countless tartlets.

To thank the city for its hospitality, an exclusive preview of the film was shown in all the halls of the Görlitz Filmpalast, and director Wes Anderson explicitly addressed to the locals once again in a video message. In return, they answered sending greetings after the announcement of the terrific Oscar-awards for the film.

Tragic comedy by cult director Wes Anderson. The film plays between the two World Wars in the fictional Republic of Zubrowka. The famous Grand Budapest Hotel and the two protagonists Concierge Gustave and his bellboy Zero are in the centre of the story.

The Concierge inherits a painting from his past fiancée and is persecuted by her discontented family. 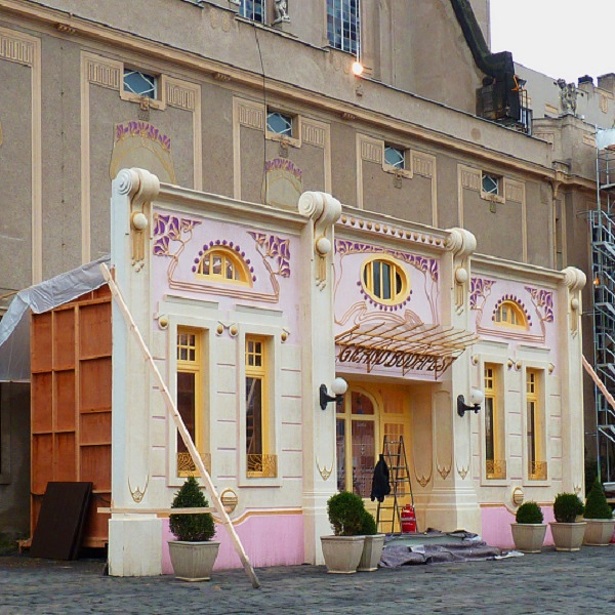