More than 4,000 architectural monuments in an undamaged cityscape make Görlitz an outstanding evidence of European architectural history. The Görlitz hall houses along the VIA REGIA, once an important European trade route and today Cultural Route of the European Council, form the core of the historic ensemble dating back to the city’s heyday in the late Middle Ages and the early modern times. The development of these houses is at the same time a reflection of the European trading system of that time.

The houses of the Görlitz long-distant merchants were used for residential as well as economic purposes. Their owners being wealthy traders did not necessarily travel themselves, but established exclusive business offices in their hall houses, from where they were able to control the market. The houses turned more and more into department stores and fair venues. In addition, the spacious hall houses served as breweries as well, and thus, contributed to the merchants’ wealth in a significant way. Next to the family’s private living rooms, there was space for guest rooms to accommodate travelling merchants, and for numerous ancillary rooms as well.

One of the most remarkable experiences you can have in these early bourgeois houses in terms of space is the wide entrance hall with a passage leading into the courtyard, and with its broad, comfortable staircase taking you into the central hall. This stage-like architectural setting perfectly meets the demand for representation and demonstrates the growing self-confidence in a very impressive way. Especially the staircase is of great symbolic value, since in the 15th century, wealthy dynasties began to use it more and more as an element of representation in their houses.

Current Exhibition "The Merchant Palaces along the VIA REGIA"

The city of Görlitz is applying for the UNESCO World Heritage title with the theme "Görlitz: A Merchants’ Ensemble on the VIA REGIA". The hall houses resp. merchant palaces play an important role: 30 of these unique architectural monuments are being investigated for the city’s application for the UNESCO World Heritage title. Being outstanding testimonies of their time, these hall houses are suitable to present the Central European trade system of the early modern times. Investigation will concentrate on both the chronicles of the previous owners dating back to the 14th century, and on building history. The exhibition held in the hall house Brüderstrasse 9, provides an up-dated insight into this issue.

Apart from outstanding photo installations, prepared on behalf of the city in the context of the world heritage application, visitors can see a model of the hall house Brüderstrasse 9, printed with the help of three-dimensional printing technology and displayed in cross sections, as well as a specially made animation film. It shows the historical development of the hall houses in the context of the city’s growth to become an important trade centre along the VIA REGIA ever since the 13th century. 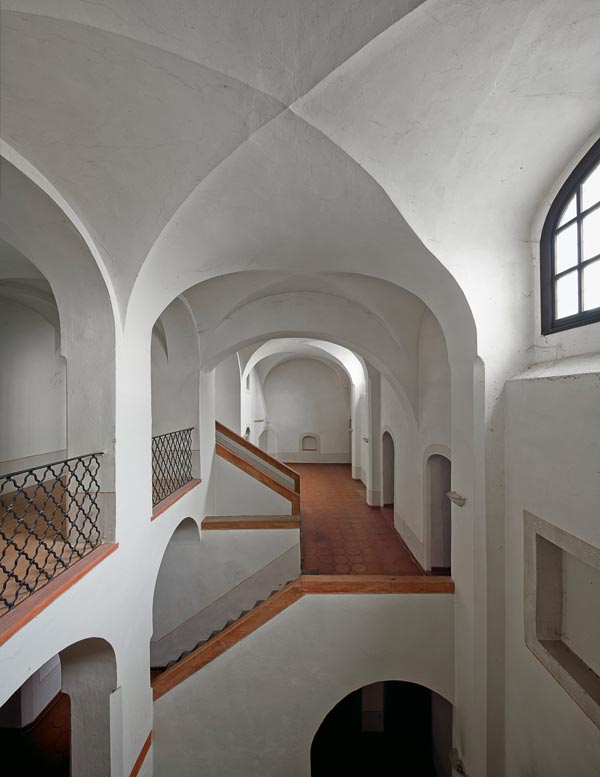